You are here: Home / Takapenga

Takapenga (“We Are Awesome!”) performs Zimbabwean-style marimba around Colorado’s front range. They use a 7-piece marimba orchestra with hand percussion.

Check out a playlist of Takapenga performing outdoors with masks last Fall 2020 on youtube. 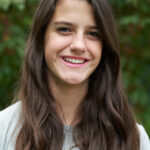 Celia (she/her) is in 10th grade. She started playing marimba in 2012 and this is her third year in Takapenga. She says playing marimba and being a part of Kutandara’s amazing music community has completely changed her life in so many positive ways: by giving her amazing opportunities, allowing her to meet international friends, and creating a container in which to express herself. She also enjoys playing volleyball and doing outdoor activities.

El (they/he/she) has been playing marimba since before they were born since their parents are the directors at Kutandara. El was never forced to play marimba but fell in love with it on their own. El loves the community at Kutandara and is getting more into mbira these days. They have been to Zimbabwe twice and are currently packing for their third trip.

Elyssa (she/her) has been playing marimba since 2009. She joined Takapenga in 2017. She loves how it brings the people in her group closer together through music. Aside from marimba, Elyssa sings in her school’s choir and wants to learn more mbira. She likes playing at gigs and seeing the audience’s appreciation of marimba music.

Ellie (she/her) began playing marimba at a very young age, and stuck with it through all the ups and downs of different classmates and different groups (Twiza, Nyoka, Mbizi, Mvuu, Shumba, and Mukanya) to finally arrive in Takapenga. When not playing marimba, Ellie likes to hang out with her marimba friends and work on her photography.

Malik (he/him) is a junior at Silver Creek High School and even with his crazy schedule, he loves to come to Kutandara to play marimba. Malik has been playing marimba since he was 7 and now he is 17…so more than half his life! He loves to go to Kutandara Studios to make friends and grow as a person.

Skylar (she/her) is in 10th grade. This is her third year in Takapenga. She has been playing marimba since 2014. Skylar enjoys learning music from a different culture which challenges her and brings diversity into her life. She has made many friends being a part of Takapenga, and always has so much fun playing marimba. Skylar also participates in a singing group, school musicals, and plays soccer.

We at Kutandara acknowledge with respect (as non-Native people) that the land on which we stand, live, learn, teach, and perform is the traditional territory of the Ute, Cheyenne, and Arapaho Peoples. We also recognize the 48 contemporary tribal nations that are historically tied to the lands that make up the state of Colorado. We honor Elders past, present, and future, and those who have … END_OF_DOCUMENT_TOKEN_TO_BE_REPLACED

We have something for everyone! We offer on-going marimba, drumming, and mbira classes for kids, teens, and adults, as well as custom one-time music … END_OF_DOCUMENT_TOKEN_TO_BE_REPLACED

We are BACK! And excited to play some live, in-person, outdoor shows this summer! Can't make it to a scheduled event?  Subscribe to and explore … END_OF_DOCUMENT_TOKEN_TO_BE_REPLACED

We collaborate with individuals, groups, and nonprofit organizations at every opportunity to bring special projects to our community and beyond. This … END_OF_DOCUMENT_TOKEN_TO_BE_REPLACED